4 CEE countries you might consider for expanding your IT department

Recently we reviewed four Balkan countries that have been gaining popularity with their growing tech talent pools and favourable economic and investment environment. Now we take a look at another four European states located in the more central part of the continent – the Czech Republic, Hungary, Poland and Slovakia. These countries also offer some good conditions for investments, business development and expanding IT capabilities.

The Czech IT industry has been flourishing over the past few years. Some of the main advantages of Czechia are its central geographical location and а good size of an educated talent pool. 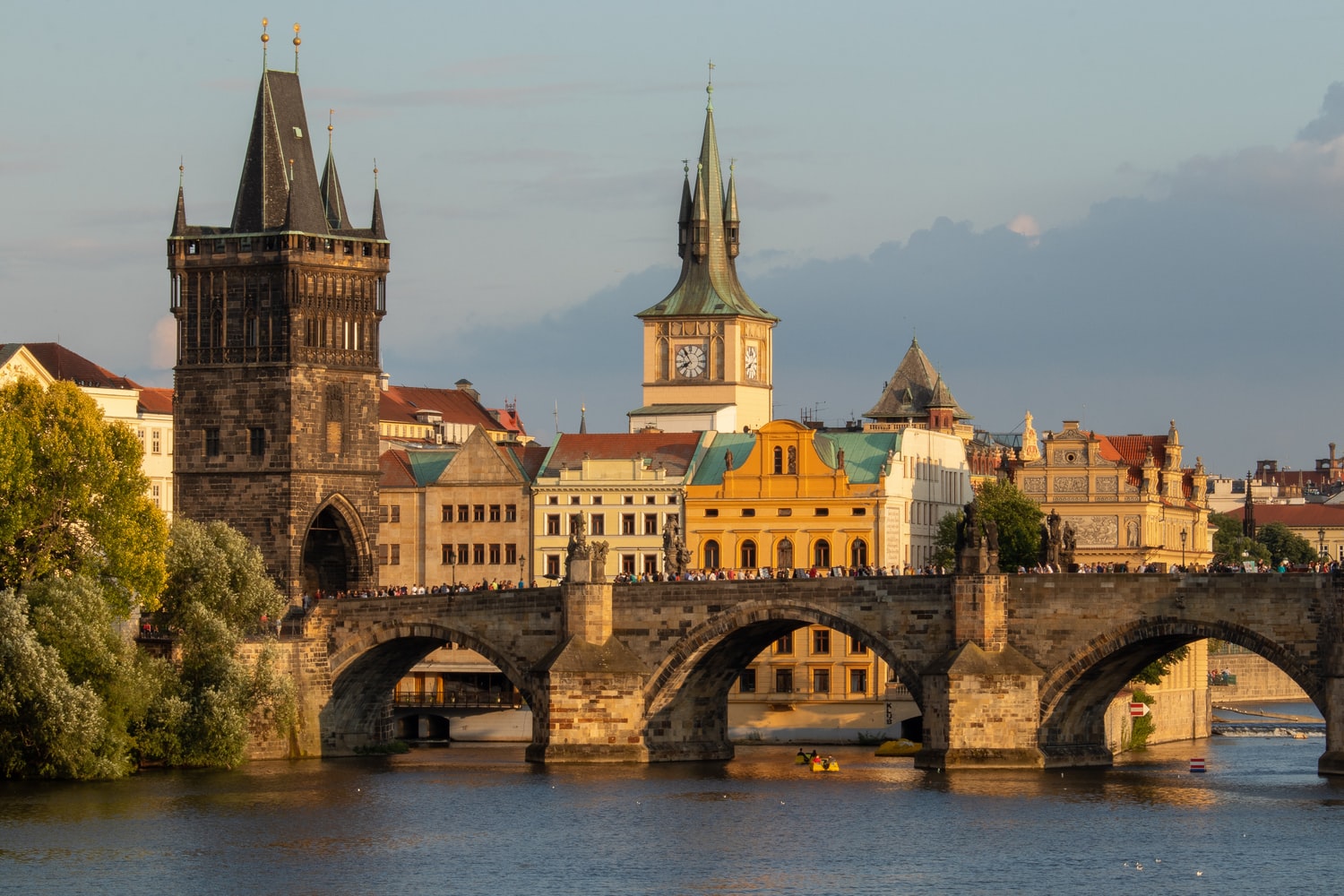 According to the Czech Statistical Office, in 2019, there were around 118,000 people employed in the IT sector. In addition, every year approximately 4% of all university graduates are in the area of ICT and STEM. This is a slightly higher share in comparison to countries such as the UK, Germany and France where the average percentage is 3.6%.

The size of the IT talent pool in Czechia is pretty big, however the majority of professionals are slightly more expensive than their colleagues from the neighbouring countries. The average monthly salary in the IT sector in the Czech Republic is 2,400 EUR, while the average for the region is 1,900 EUR.

The 2020 StartupBlink Ecosystem Report ranks Czechia at the 26th position. The report outlines the relatively low cost of living, low tax rates and central geographical location in Europe as its major advantages for attracting foreign entrepreneurs.

However, Czechia still needs to work towards improving the conditions for its start-up ecosystem and create a stimulating environment for the development of new projects. According to StartUp Europe, the majority of Czech start-ups are in the seed stage and try to finance their projects with their own resources. The state has recently initiated some programmes that offer partial support and tax relieves (i.e. coverage of 25% of the cost associated with investment projects, job-creation grants, corporate tax relief for new companies, etc.), but there is still a lot to be improved.

The Czech Republic offers a sufficient IT infrastructure with a good electricity grid and fibre-optic network. It has a decent performance in terms of internet speed with an average consumer mobile download speed of 55.92 Mbps. This ranks the country at 31st position in the Ookla’s Global Index.

The Czech Republic is a member country of the EU since May 1st, 2004. This ensures synchronized legislation that is regulated by EU laws and makes the process of legal compliance very easy.

Czechia has 5 international airports in Prague, Brno, Ostrava, Karlovy Vary and Pardubice. The airport in the capital city of Prague (PRG) is the busiest one. It serves as the main hub for the Czech airlines. It also hosts more than 50 other carriers that connect the capital with over 100 cities.

Hungary is yet another Central European country with good potential to respond to the growing need for professional tech talent. Some of its advantages are the good location and quite low labour costs.

The country ranks 31st in the A.T. Kearney Global Services Location Index 2019, 47th in the Global Competitiveness Index and 52nd in the 2020 Doing Business Report.

Hungary has a slightly smaller talent pool in comparison to Czechia. In 2020 there were 96,700 people employed in the Information and communication sector, according to the Hungarian Central Statistical Office. At the same time the cost of talent in the country is considerably lower. With an average monthly salary of 1,400 EUR, it is actually the lowest in the region.

Hungary has been enjoying a steadily developing start-up ecosystem during the last few years. Currently, according to the Hungarian Investment Promotion Agency (HIPA), there are more than 600 start-up companies.

The country ranks at the 37th position in the Startup Blink Report climbing 2 positions from the previous year. The state has been trying to further encourage entrepreneurship and the development of new ideas and projects through various programmes such as the INPUT program, NRDI fund and more.

Hungary has a 92% of broadband coverage but it falls short in terms of internet speed. The country ranks at 44th position in the Ookla’s index with a 45.89 Mbps average mobile download speed.

Hungary is a member country of the EU since 2004. As in the Czech Republic, its legislation is synchronized and regulated by EU laws.

There are 6 international airports in Hungary. The one in Budapest (BUD) is the primary one, hosting the Hungarian carrier Wizz air’s headquarters and also serves as an important base for other international airlines. The airport handles more than 90% of the country’s passenger traffic and is very well connected to the city centre and other parts of the country.

Poland is a country with a healthy economy, growing IT market and talented tech professionals. The Central European Republic also has satisfactory positions in the following reports – 24th  in the A.T. Kerney Index 2019, 37th in the Global Competitiveness Index and 40th in the 2020 Doing Business Report.

Poland has one of the biggest tech talent pools not only among the four countries we are currently reviewing, but in the whole Central and Eastern Europe. According to the State of the European Tech 2019 Report, the country is home to approximately 295,300 professional developers.

Furthermore, the average monthly salary in Poland is 1,700 EUR which is quite an attractive level, especially when compared to the salaries in the Czech and Slovak Republics.

Poland has a swiftly growing start-up ecosystem that holds a good potential for further expansion. And although it falls down with 7 positions in the 2020 StartupBlink Ecosystem Report, the country still has a favourable start-up environment with more than 3,000 start-up companies, over 100 VC funds and a government that is willing to support the business and the ecosystem. Some of the programmes the polish government has include “First business – start-up support” – a programme that provides loans for recently graduated entrepreneurs, “Poland prize” – initiative that is aiming to attract foreign start-ups to the country, “Scale Up” – a programme focused on speeding up the growth of start-up companies and others.

In terms of IT infrastructure, Poland needs to catch up its neighbours. It ranks last in Europe in terms of broadband coverage (less than 90%) and unfortunately lags behind in terms of internet speed. It ranks at 45th position in the Ookla’s Global Index with 45.59 Mbps.

However, the country is the only one (from the currently reviewed) in the top 10 states with the biggest number of data centres on its territory. According to a recent study by Statista there are 144 data centres across its land.

Poland is also an EU member since May 1st, 2004. This means that as in the Czech Republic and Hungary, the laws in the country are aligned with the EU directives and regulations.

Slovakia is the smallest country by territory, but it has a very strategic location. Its capital city Bratislava is close and well-connected to other major cities such as Vienna, Budapest and Brno. The country also has a stable and steadily growing economy.

Slovakia ranks at 35th place in the A.T. Kerney Index 2019, 22nd place in the Global Competitiveness Index and 45th in the 2020 Doing Business Report. 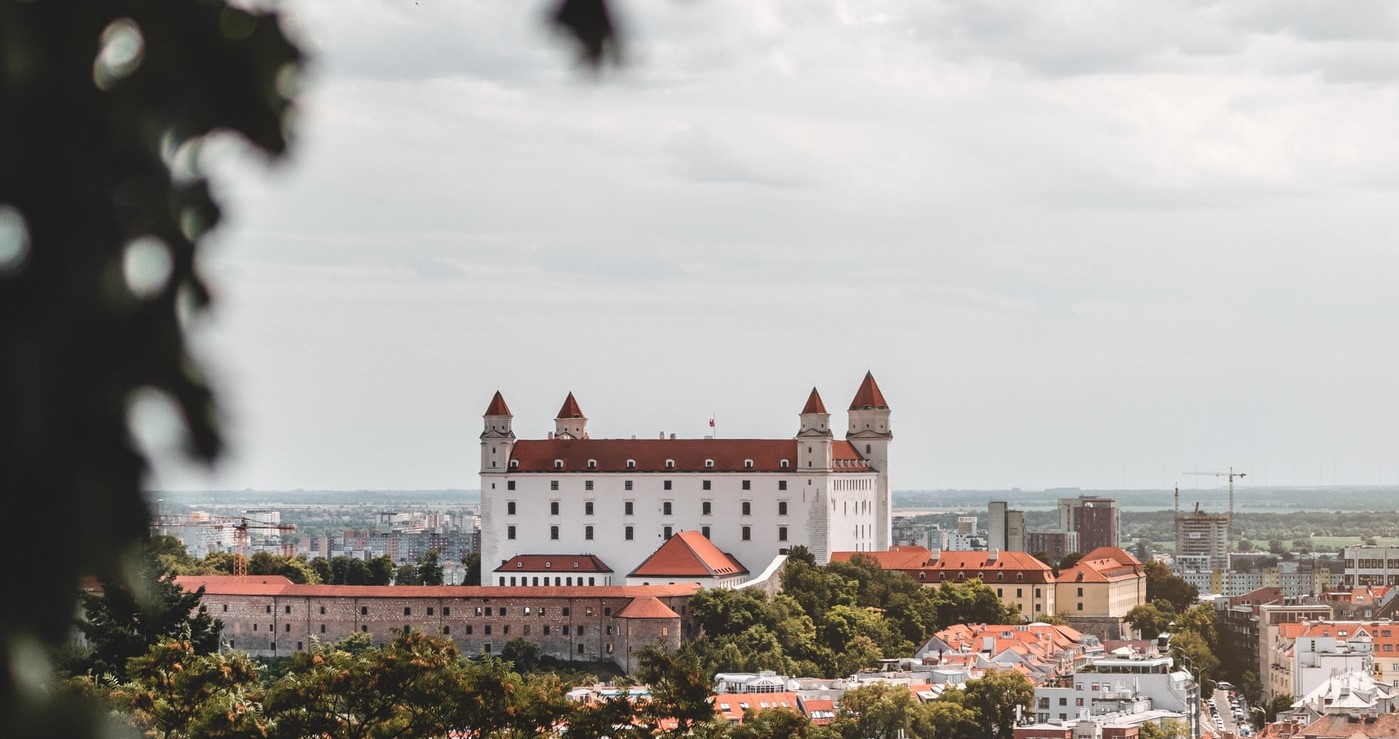 Regardless of its continuous growth in recent years, the size of the Slovak tech talent pool is far from reaching the levels of its neighbours. In 2019 there were approximately 39,500 professional developers in Slovakia, according to the State of the European Tech 2019 Report.

Furthermore, the salaries in the country are amongst the highest in the region. The average monthly salary in the sector there is 2,190 EUR. Even though this is still lower than the levels in countries such as Germany, the UK and the US, the other countries in the region offer far more competitive conditions.

Despite seeing good growth in recent years, the Slovak start-up ecosystem is ranked 51st in the 2020 StartupBlink Ecosystem Report. This puts the country in the lowest position among its neighbours. The lack of a consistent development strategy and insufficient investments in R&D (less than 1% of the GDP) have a negative impact on Slovak’s start-up environment. To keep the momentum and continue its development, the country’s start-up ecosystem would require greater government support through more investment incentives and strategic approach.

In terms of IT infrastructure, the Slovak Republic preforms well. The country has approximately 90 % of fixed broadband coverage. In terms of internet speed, Slovakia ranks 38th in Ookla’s Global Index with an average consumer mobile download speed of 49.40 Mbps.

Just like the other three countries, Slovakia is a member state of the European union since May 2004 which make its legal system lined up with the EU law.

Slovakia has 4 international airports in Bratislava, Košice, Poprad and Sliač. The M. R. Štefánik Airport (BTS) in Bratislava is the busiest one with more than 2 million people annually. It hosts the national carrier along with other popular airlines such as Ryanair, Go2Sky and AirExplore. It ensures the country is well-connected to major European cities.

In conclusion, the Czech Republic, Hungary, Poland and Slovakia are four strategically located European countries that hold a good potential for businesses to invest in and expand their operations. The Czech Republic seems to be performing quite well in terms of IT infrastructure, start-up ecosystem and competitiveness, but it also has the most expensive tech talent. Hungary, on the other hand, offers a more affordable workforce but needs to further look into ways to grow its talent pool. Being the smallest by territory, Slovakia has the most limited pool of IT professionals who are also a bit expansive. Furthermore, its start-up ecosystem is not yet very well developed. Poland offers a big talent pool at very competitive salary levels and also a well-developed start-up environment. But on the other hand, it lags behind in terms of IT infrastructure.

Find out more about other European locations to grow the IT and operational capacity of your business here. 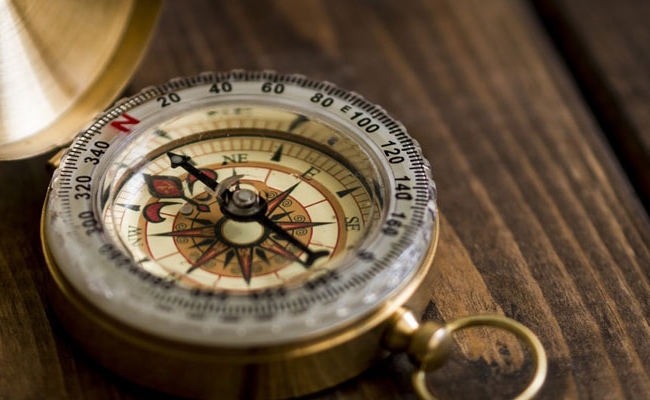 Which is the best country for IT in the Balkans?
16 Mar 2021
With their strategic location in Southeast Europe (SEE), fast-developing economies and growing tech communities, the Balkan countries are turning into strategic business destinations for expanding IT operations.
Find out more