Bulgaria as a flourishing tech destination for media companies (2022 update)

For more than 15 years, Bulgaria has been flourishing as a top tech destination in Eastern Europe. With skilled and growing tech talent, favourable taxation and strategic geographical location, the country has attracted hundreds of companies seeking skilful tech resources for efficient expansion of their R&D divisions.

Along with companies from popular sectors such as eCommerce, FinTech, cybersecurity and gaming, media businesses seem to have a high interest in the country as well. With the need to keep up with the digital trends, major global media brands have been gradually entering the market and establishing development centres in Bulgaria, activating the domino effect. Here are some of the most recognizable media brands that already have discovered the advantages of the Balkan country:

Dow Jones is a well-known brand in the publishing and financial information world. Its portfolio consists of prominent titles such as The Wall Street Journal, Factiva, Financial News and MarketWatch.

The media company is one of the pioneers in the sector who have discovered Bulgaria and the advantages it has to offer. Back in 2006, the company had established a compact unit of strong software developers in the capital city Sofia. As the team proved to be very efficient, the company soon undertook a process of further expansion.

“Over the years, our existing team of experts in Sofia became well recognized, and the company wanted to see it expanding.”- shares Ivaylo Ivanov, Director of Engineering at Dow Jones.

Having their legal entity already set up, Dow Jones just needed assistance with the promotion of their employer brand in Sofia and a more dedicated approach towards sourcing quality candidates in order to achieve the further expansion of their team.

As a result, in 2020, Dow Jones engaged Questers, relying on the company’s expertise in attracting and retaining highly skilled tech resources. The partnership was set up under the Dedicated team model where the new team members are recruited and employed by Questers but integrated into the Dow Jones global delivery team.

For less than a year, the Dow Jones unit in Sofia grew (and continues to grow) with 8 strong software engineers who have been successfully integrated into the team.

“These experts, along with their different professional background, brought another perspective to the teamwork.”, adds Ivaylo Ivanov.

News UK is another major player on the media stage that has chosen Bulgaria for its satellite delivery centre in Europe. Titles such as The Times, The Sun, The Sunday Times, along with leading UK and Irish radio stations such as Virgin Radio and TalkSport are among the top brands in the company’s portfolio.

After recognizing the need of modernizing its legacy tech stack (inherited and evolved from the traditional media) to a more scalable and efficient platform, the tech division of News UK have undertaken a major digital transformation programme. Its rapid expansion increased the need of skilful resources, which consequently led to the strategic decision to open a development unit in Bulgaria.

“We have a hugely ambitious roadmap ahead of us. By utilizing cutting edge technologies, we will transform the way that we concept, test and deliver fantastic and engaging digital products to our audience.” – said back in 2018 Paul Wilson, Programme and Portfolio Director at News UK.

Unlike Dow Jones, who opened their Sofia office on their own, News UK decided to fully trust a local provider to support their entry in Bulgaria and the establishment of their new team. Back in 2018, they engaged Questers with the aim to lay the foundation of their new delivery centre. Through the Dedicated team model, the company gradually expanded and became a recognizable employer brand in the country.

“The whole Questers team have been a dream to work with because they want us to have the best experience and outcome. We rely a lot on good communications and keeping each other honest, which has resulted in the start of a fantastic base for us in Sofia.” – said Jeremy Burns, Head of Engineering at News UK in 2012.

For nearly 4 years, the News UK team in Sofia grew to more than 75 software, DevOps and QA engineers and continues to attract more. The people in Bulgaria are engaged in various projects contributing to the successful delivery operation of News UK Tech as a whole.

New Statesman Medi Group is the publisher of a rich portfolio of B2B and B2C media titles such as New Statesman - a British political and cultural magazine published in the UK since 1913, as well as more than 40 other publications such as Elite Traveller, Spears and a collection of business-focused monitor websites.

As the company had undertaken a process to evolve from traditional journalism to an AI and data-driven insights and analysis provider, the need for more educated and skilful engineers to facilitate this transformation arose. As a result, in 2020, New Statesman has opened its office in Bulgaria. After setting up the core team of its division in the country, the company decided to try a combined approach of sourcing talent – on its own and with the support of Questers.

The collaboration between the two companies was set up under the BOT (Build Operate Transfer) model, where Questers sources and employs the new team members for an agreed time period or pre-determined team size and then transfers them to the company’s local entity.

Financial Times is yet another recognizable media brand that has established an IT centre in Bulgaria. The company announced the opening of its Sofia office back in 2018, stating that it would be hosting its FT Core Technology division, which provides the underlying products that power their platform FT.com. The company aimed to establish its own legal entity in Bulgaria, but as stated in the announcement, had initially partnered with a local service provider to support it with legal and office arrangements, as well as recruitment and HR processes.

For the past four years, the FT’s Bulgaria team has grown to around 130 people.

ProSiebenSat.1 is a leading German media company that focuses mainly on the entertainment sector. The company owns popular TV stations such as Pro7 and Sat.1, as well as other media production and distribution businesses.

In 2019 ProSiebenSat.1 announced the opening of its R&D office in Bulgaria in partnership with two local providers. According to the announcement, the Sofia office has been set to focus on the development of various platforms for interactive content.

The company’s ambitions were to start with a strong team of around 40 software developers until the end of 2019, and eventually grow it further to 80-100 people in the next years.

Law Business Research is a leading provider of business information and legal analysis tools. The company combines news and analysis with innovative technology providing legal professionals and businesses with valuable insight and useful tools for better-informed decision-making. Among the most popular brands in the company’s portfolio are Lexology, Global Arbitration Review, Global Competition Review and more.

In 2021, LBR set a strategic course to further develop and improve its products and therefore decided to increase the size of its development division. The company has carefully researched several nearshore locations and local service providers and has chosen Bulgaria and Questers to set up its new office.

After an active recruitment campaign, Questers has successfully attracted several talented Software Engineers and Web Designers and set the foundation of the LBR team in Bulgaria. Currently, the team is up and running and continues to look for new people to join it.

Interested in Bulgaria as an IT destination? Download our IT industry report to learn more about its advantages. And should you be looking for a trusted partner to support expanding your tech capacity in the country, do not hesitate to contact us. 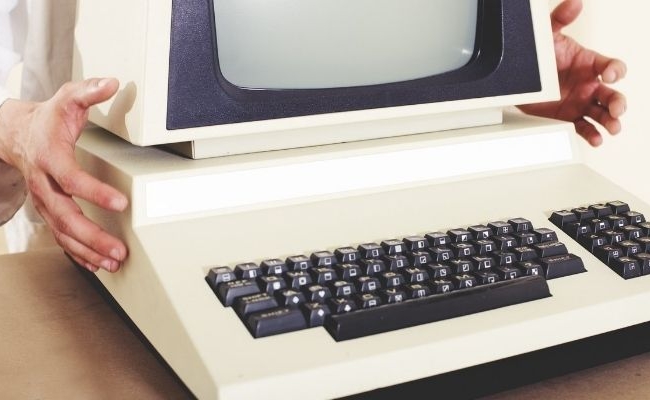