Few months ago, we announced our partnership with News UK and their team with Questers hasn’t stopped growing since. For a short period of time, we’ve managed to hire some extremely talented engineers and form the strong core of the Bulgarian team. The successful start of this partnership is mainly due to the active involvement of Jeremy Burns, Head of Software Engineering at News UK and therefore we’ve asked him to share with us more about his experience during this journey and how he sees the future growth of the Bulgarian team.

As Head of Software Engineering of NewsUK, how did you come into this position? What was your previous educational and professional background?

I think I am a bit of an anomaly in that I didn't go to university and have never studied computer science. In fact, I taught myself how to code when I was 33 after a previous career in marketing. So, going into technology was a complete departure, but something that really interested me. I've always found it easy because of that; it's been fun rather than work.

I was definitely bright and went to a great grammar school, but wasn't academic or interested enough back then to really take advantage of it (which I regret!). I went to art college for a few years because I was good at it, but it was never going to be a career choice. I didn't get serious about working until my early twenties; my first 'proper' job was an admin clerk in an insurance office when I was 23. I hated it, but quickly realised that experts in the office had huge knowledge gaps in some areas. So, I got thick manuals from the Inland Revenue that described all of the corporate tax laws, amongst other things. I learned them back to front and began to help those experts. It was my escape route from stapling and filing, which I was terrible at! I was quickly promoted through the ranks and ended up running marketing across Europe for parts of Rothschilds.

That lack of formal education was only ever a disadvantage if I let it be one; in fact, it never occurred to me that I was inferior to those around me. If I noticed a gap I'd go and study it and fill up my knowledge. Like most coders I spent a lot of my own time learning and experimenting. I think people who are passionate about doing something should not let themselves be limited by things beyond their control, and you are in complete control of yourself and there is always a way through.

I'd like others to be encouraged that if you have enough drive and a determination to succeed, you can achieve anything you set out to do. I'd just say you need to be humble enough to appreciate the skills and knowledge that others have; you are not better than them. This is something I live by still.

I have learned that to be successful you must create success in those around you. Help people grow and achieve, and you'll benefit too. I've never been the best technologist but I think I understand people. I love hiring and managing and am proud of the people who have done well with me.

I've now spent 25 years in technology including banking, consulting and gambling. When the chance came to join News UK I jumped at it. I was super impressed with the people I met and the work they were doing. Working with them has exceeded my expectations and am still constantly challenged. I'm super happy!

What do you consider your biggest achievement at NewsUK?

Without a doubt it's the people I've hired and worked with because it is they who have actually achieved things, not me. They've delivered some great tech, have really high standards and work well in teams.

I'm extremely proud of the new team in Sofia. We went from an empty office to eleven hires in the space of a few months, and the culture, team work and atmosphere there is electric; it's a great base for the future. We hand picked the team with that in mind, because I think that a person's attitude and approach are more important than their skill or knowledge. You can learn and practice and get better at coding, but it's really hard to change who you are. So that forms a huge part of my selection process.

From a technical perspective what are the most challenging projects the company is working on?

News UK is a large organisation, so there are exciting and challenging projects happening all over the place. The pace of delivery at such a high quality and scale is outstanding.

Just now we are completing a restructure of our tech organisation. That's a massive undertaking in its own right, but it also throws up some very interesting technology challenges. We recognise that there is too much duplication of effort and output as separate teams build and support multiple versions of the same thing for each of our titles and brands. It makes much more sense to build once and reuse many times. So, teams have merged and moved and the current technology components need to be combined too. The next few years are going to be an interesting period as that evolves. The tech that we'll deliver will be based on a new design language and will be market leading.

You work quite closely with the Bulgarian team – how would you describe your Bulgarian colleagues? Any fun stories to share with us?

I've had a lot of fun working with the Questers team and the people we have hired in Sofia. Irena (from the Questers’ Recruitment team) in particular never lets go once she gets her teeth stuck into something! She's totally committed to getting us the best people and is always chasing me down on my to do list. The whole Questers team have been a dream to work with because they want us to have the best experience and outcome. We rely a lot on good communications and keeping each other honest, which has resulted in the start of a fantastic base for us in Sofia.

We've hired a wide range of individuals with different characters and personalities. Our two seniors are both extremely competent developers, but are very different from each other. Val is calm and experienced beyond his years while Ivo is a wild man! I'm impressed by their professionalism and passion, and they are leading the team well. We'd like to hire more women because right now Paola is our only female developer there. We'll fix that.

Would you be able to shed some light on NewsUK’s plans for the Bulgarian operations?

Our team has been in place for a few months now and it's already performing well. We're very happy with how it has formed and developing. We can see clear areas of growth because there is a lot of local talent who have shown an interest in joining us. It's hard to put exact numbers on it but we are certainly to grow it out this year. Watch this space. 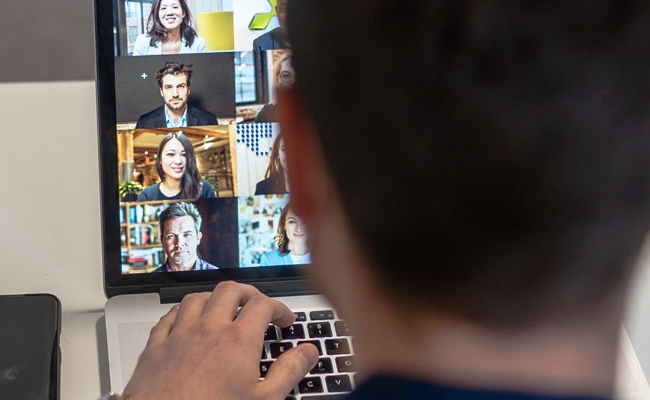 A Guide to Onboarding a Remote Dedicated Team
2 Sep 2022
The dedicated team model is a comprehensive way to expand an organisation’s tech capacity and increase productivity.
Find out more